Most parents who give lump sums to adult children do not factor in how much they may need to cover care costs in later life when deciding how much cash to gift, a report has revealed.

The Just Group Care Report 2021 – The Policy Vacuum, the ninth in a series dating back to 2012, found that four in 10 parents aged 45+ had gifted more than £5,000 to children aged 18+ to help them cover major expenses such as weddings, house deposits or to pay for education.

Seven in 10 (69%) of those gifting had not factored care costs they may potentially pay later in life when deciding how much cash to hand over.

Only one in 25 (4%) had made helping with any future care costs a condition of making the gift, while only about one in six (16%) were confident their children would be able to help pay for care in the future, with four in 10 (41%) saying they would not be able to help.

Six in 10 (59%) of those making gifts were confident they could pay for their own care later in life.

Stephen Lowe, group communications director at retirement specialist at Just Group said: ‘This is our ninth report since 2012 shining a light on the understanding and attitudes of over-45s towards adult social care and for this edition, we shone a spotlight on the Bank of Mum and Dad and ‘living inheritances.

‘Despite people knowing future care costs could run into many thousands of pounds, it’s very rarely part of the discussion when handing over significant sums.

‘We also found that although financial advisers tend to deal with wealthier people, they still had to challenge about a quarter of clients who wanted to gift money early.

‘Mostly that is because they were concerned the client did not have the cash or was not factoring in the income they would need in retirement or potential care costs.’ 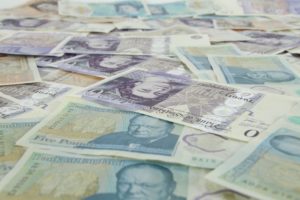 The report found that uncertainty around people’s responsibilities to pay for care in the future appears to be discouraging many from factoring it into their financial plans or even discussing the care issue with children.

Recurring delays to reforms of the creaking care system, most recently by Boris Johnson who promised to ‘fix care once and for all’ when he became prime minister, is undermining people’s planning for what could be one of their biggest future expenses.

Stephen Lowe said: ‘Once again, our report shows low levels of engagement with care with around four in five (77%) over45s agreeing they have not thought about care, planned for it or spoken to family about it.

‘One in 10 (12%) said they are waiting until the government clarifies its plans.

‘We all aspire to a good standard of care should we need it in later life. But it will only be when the government makes clear what support the State will offer and what individuals must pay for themselves that people will have the confidence to make future plans.

‘Failing to act has extra costs too in terms of a rising number of older people putting extra pressure on the health service and on families trying to look after them.

‘It is time our leaders had the political will and courage to act. It is time to ‘Get Social Care Done’.’