New retirement village in Chilterns given go ahead

A new development has been given the go-ahead within the Chilterns Area of Outstanding Natural Beauty (AONB) after an appeal found exceptional circumstances applied.

Developer Inspired Villages first unveiled its proposals after identifying the 4.5-hectare site in 2019.

The council considered that National Planning Policy Framework criteria for exceptional circumstances, which allow for building within AONBs when it can be shown to be in the public interest, had not been met.

However, following a 10-day inquiry into the matter, planning inspector Harold Stephens reversed the decision, finding that there was an ‘an immediate unmet need for extra care market housing.’

Noting its proximity to the Johnson Matthey Technology Centre, Mr Stephens concluded that the Blounts Court Road site was less sensitive to other parts of the AONB and that the development would not have an unacceptable impact. He also suggested the district council had not secured enough land to meet the demand for housing over the next five years, a statement the council disputes. 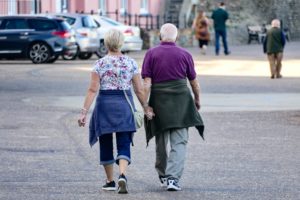 Outlining the reasons behind his decision, he said: ‘I am in no doubt that the development of 133 units is needed.

‘Firstly, it is needed to address the immediate shortfall in the five-year housing land supply in the district, which is only equivalent to some 4.21 years.

The £80m scheme aims to address the lack of assisted living housing by delivering 133 age-appropriate properties. Inspired Villages believe the complex will help promote an active lifestyle, improve holistic wellbeing for the over 65s and support them to live healthier, independent lives for longer.

On-site communal facilities including a restaurant, cafe, hairdressers and cinema will be available for residents. In addition, there will be a wellness centre with treatment rooms and a pool that will be open to local schools and community groups.

Neal Dale, development director at Inspired Villages said: ‘Achieving planning permission for our Sonning Common community is a huge win for us and an important step in our portfolio expansion, allowing us to provide suitable housing for over 65s in the South Oxfordshire area.

‘We know the demand for age-appropriate homes is there, and receiving the green light from the Planning Inspectorate allows us to continue to support the physical and mental wellbeing of older people across the UK. I would like to thank everyone who has been involved in this process and supported us.’

The developer has offered to make a payment of more than £7.5m towards building affordable housing elsewhere in the county.

Inspired Villages say that 77% of written feedback responses agree there is a need for later living accommodation in South Oxfordshire and suggest the construction work will benefit the local economy.

‘I am deeply concerned about the impact this development will have on our village infrastructure: impact on traffic, impact on healthcare and the impact of seven years of chaotic disruption caused by construction work near busy and dangerous roads which are already struggling to cope with existing traffic demand.


‘I, along with the residents of Sonning Common, feel extremely let down by this decision by the inspector who handled the appeal and by South Oxfordshire District Council who provided the evidence.

‘It is devastating to our community that our Neighbourhood Plan has not been fully considered. Our faith in the process has been seriously damaged by this decision which undermines our confidence in the planning system.’

The issue has clearly been divisive, throwing into stark relief the difficulties faced in tackling the housing needs of an ageing population. As Neighbourhood Plans are considered around the country, the potential for conflict remains.