With work recently completed, the first residents are now moving into their new homes in a development of 24 purpose-built supported housing apartments in Leith, Scotland.

Specially adapted, the apartments will contain a range of assistive technology features such as Telecare sensors to manage fire, flood or gas leak risks and aids to support bathing and toileting.

These and other innovations will enable individuals to carry out day-to-day tasks without the need for third party help, promoting greater independence and wellbeing. In addition, on-site parking and an accessible garden form part of the development.

The first of its kind in Scotland, the £5.4m scheme has been developed by HB Villages, a leading provider of supported living homes in the UK with funding from Triple Point Housing REIT. The Social Housing Real Estate Investment Trust (REIT) uses private capital to acquire or fund newly built or renovated housing for people with long-term care requirements whose rent is Government-funded.


With demand for supported housing high, Triple Point is looking to invest further in similar schemes both in Scotland and the rest of the UK.

Construction at the West Bowling Green Street site commenced in 2019, with a ceremony started by Deirdre Brock, MP for Edinburgh North and Leith. Situated in a vibrant residential area, Heron Court is ideally placed for accessing local shops, amenities and transport links.

Residents will be referred to Heron Court by the Edinburgh Health and Social Care Partnership upon assessment of needs.

Care will be provided by Living Ambitions, a subsidiary of Lifeways, the UK’s largest supported living specialist which has helped more than 5000 people lead fulfilling, independent lives during its 25 years of operation. Management services will be provided by York-based Inclusion Housing, one of the foremost social enterprise companies in the country. 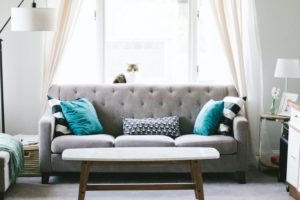 ‘Individuals at Heron Court enjoy the best of both worlds. Each individual has the support of our team whenever they need them – coupled with the independence, privacy, and comfort of a brand-new, self-contained one-bedroom flat.

‘All four individuals grew up in the Edinburgh area, and each individual has started to feel independent and valued in their local community.

‘We’ve enjoyed supporting individuals at Heron Court to get out and about, when they choose. Thanks to a kind donation of two bicycles, two support team members have been joining three of the individuals we support to cycle around Leith.

‘Individuals at Heron Court are also starting to be recognised and greeted at local shops – which we know is so important when you join a community.’

In a statement praising the speed with which the work was carried out, Judith Proctor, chief officer of the Edinburgh Health and Social Care Partnership, added: ‘The completion of this scheme – less than two miles from Edinburgh city centre and less than two years after works began – is a remarkable achievement and a great example of collaboration between the public and private sectors. Accessibility and technology are two important features of the design of the building, which will enable residents to live more independently.

‘Many of the residents will have keys to their own front door for the first time, which will be a tremendous boost to their independence and a positive impact on their lives.’