Serious and widespread failings at Rainsbrook secure training centre have put children and staff at risk of harm, Ofsted, HMI Prisons and the Care Quality Commission (CQC) have found.

Such is their concern about safety at the MTC-run centre near Rugby, the inspectorates have written to the secretary of state for justice triggering an urgent notification (UN) for the second time in six months. Robert Buckland now has 28 days to respond.

The Ministry of Justice announced on Wednesday (June 16) that they had taken the decision to remove all children from the centre.

During a June inspection, children and staff told inspectors that they did not feel safe, fearing that someone was going to die or be seriously harmed. Levels of violence and staff use of force are high. Physical assaults between children are common, and children are able to bully and intimidate each other.

The letter highlights serious failures of leadership and staff who are ill-equipped to care for the centre’s highly vulnerable children. Inspectors found that unsafe practice still continues and is not being appropriately dealt with, while the disconnect between senior leaders and staff on the ground has deteriorated since previous visits.

The findings follow a series of negative inspection and visit outcomes for the centre. After visits in October and December last year, which highlighted serious concerns, including children being kept in their rooms for up to 23.5 hours a day, the inspectorates issued the first UN requiring the Ministry of Justice to set out an action plan for improvement at the centre.

While a monitoring visit in January this year showed some improvements, and that concerns about children on the ‘reverse cohorting’ unit have now been addressed, the second UN highlights further serious issues. An inspection report will be published in due course.

Amanda Spielman, Ofsted’s chief inspector, said: ‘Despite being warned about serious failings last year, it’s astounding to see that Rainsbrook has deteriorated even further, leaving children and staff fearing for their safety.

‘These are incredibly vulnerable children, some as young as 14, who need specialist care. The pandemic has been challenging, but that is no excuse for poor practice and leadership. It’s vital that long-term, sustainable improvement is secured at the centre.’ 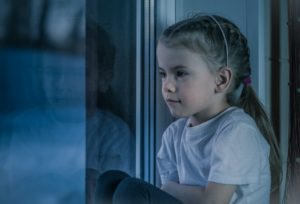 Charlie Taylor, chief inspector of prisons, said: ‘It is hugely disappointing that in spite of the previous Urgent Notification, things have deteriorated at the STC with children and staff members not being kept safe.

‘It is essential that the troubled and often challenging children who come into the STC are urgently provided with the right levels of care and support.’

Rosie Benneyworth, chief inspector of primary medical services and integrated care at CQC, said: ‘As joint inspectorates, our priority is making sure that the care, safety and well-being of the children at this secure training centre is front and centre.

‘Where we have concerns, we take proportionate action to drive improvement and the decision to issue an urgent notice is not taken lightly.

‘While the reasons for taking this step do not relate specifically to the healthcare provision at Rainsbrook STC, we are concerned about the impact that these issues can have on the well-being of children and young people at the service.’

A spokesman for MTC said:  ‘The welfare of the children we look after at Rainsbrook Secure Training Centre (STC) is our utmost priority. Our dedicated and professional team have worked tirelessly to keep children safe and to address all of Ofsted’s recommendations.

‘Since December 2020, in partnership with the Ministry of Justice (MOJ), we have addressed the issues behind the previous Urgent Notification (UN), appointed a new centre director and education provider and overhauled staff training, pay and conditions.

‘No child is now isolated on admission and attendance in education has increased from 80 per cent in February to 100 per cent of children in the first weeks of June.

‘Despite repeated requests, Ofsted continues to refuse to share with us the information that sits behind today’s assessment which reflects their initial feedback to us and the MOJ last Friday.

‘We are deeply concerned, disappointed and frustrated that they have not and will not take on board our representations made so far. We strongly refute their findings and we will continue to vigorously challenge Ofsted as we proceed with the fact-checking process.’