Data obtained by the Alliance via Freedom of Information (FOI) requests show that the funding rates paid to local authorities for the so-called ‘free childcare’ offer are just two-thirds of what the government itself estimated would be needed to fully fund the scheme.

Following a two-year FOI battle with the Department for Education, the data reveals that civil servants estimated that the cost of a government-funded early years place for three- and four-year-olds would cost an average of £7.49 per hour by 2020/21.

By contrast, the average rate paid to local authorities is currently just £4.89, according to independent analysts Ceeda.

The documents state that the government expects providers to “move, over time, to full use of statutory staff ratios”. This is despite low child-adult ratios being associated with higher quality early years provision.

The documents obtained also reveal that ministers were aware that the inadequate levels of investment proposed would result in higher prices for parents of younger children and that many providers would be forced to use maximum statutory adult-to-child ratios in order to remain viable.

The Early Years Spending Review Scenarios document, obtained by the Alliance, also exposes a deliberate strategy of passing on costs to parents. It states: ‘We will strip out funding for consumables (food, nappies) – and set an expectation that providers charge parents for these.’

This acceptance of inevitable price increases for families comes despite the fact that the document goes on to state that “a 10% reduction in the cost of childcare might lead to a 1.4% increase in the employment rate for married mothers with pre-school age children”.


A separate briefing note to then-early years minister Sam Gyimah, obtained as part of the FOI request and marked as ‘RE: Early Years Funding Rate Negotiations’, which has been heavily redacted, states that the total annual cost for increasing early years funding rates could be:

“… reduced to c. £500m if ministers are content that we do not fund providers to cross-subside the privately-paid rate for children younger than three, and instead accept that prices will rise for these children”.

Following the 2015 Spending Review, the government ultimately implemented an annual increase in funding of just £300m per year which came into effect in 2017. 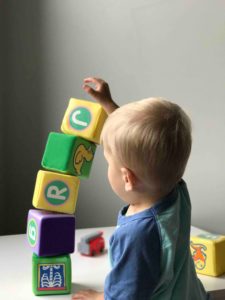 The FOI request, which asked for proof that the early years funding rates announced in 2015 and implemented in 2017 had been calculated to be sufficient to cover rising costs, was originally filed back in December 2018. The DfE rejected this request, even after a ruling by the Information Commissioner’s Office, appealing to the First Tier Tribunal against the ICO’s decision.

While we awaited a Tribunal hearing date, the DfE claimed that it would be publishing the requested information as part of wider transparency documents, before eventually withdrawing its appeal and finally providing the documents to the Alliance.

The Alliance filed another FOI request in April 2021 asking for proof that the 1.2% increase in early years funding for 2021/22 would cover the cost of increased national living and minimum wages and the extension of the national living wage to 23- and 24-year-olds, as minister have repeatedly claimed.

This request has once again been rejected by the DfE.

The DfE says that it is planning to release this information itself and that it is in the public interest to wait for it to do so. This is despite children and families minister Vicky Ford stating in January 2021, during a meeting of the APPG for Early Education and Childcare, that the government would be releasing this information.

Neil Leitch, chief executive of the Alliance, commented: ‘For years, the early years sector has warned that the so-called ‘free entitlement’ offer is anything but free, in the face of repeated government claims that the policy is adequately funded. These documents, which they spent more than two years trying to hide, prove otherwise.

‘The early years of a child’s life are critical to their long-term learning and development – and yet ministers have been all too happy to force providers to work to maximum ratios, inevitably reducing quality, in order to save the Treasury some money.

‘For so long, the government has tried to deflect the blame for rising childcare costs. But these documents prove, in black and white, that it knew that the introduction of the 30-hours policy, along with an insufficient level of investment, would result in higher costs for parents of younger children.

‘Early years providers and parents have had enough of being forced to pay the price for this underfunded policy year after year. There is still time for the government to do the right thing, but at this point, the only way for it to maintain any credibility with parents and early educators is by agreeing to a full review of early years policy in this country. That means delivering the substantial investment the sector needs in the upcoming Spending Review.

‘Only with fair and adequate funding will we ensure nurseries, pre-schools and childminders can continue delivering the quality, affordable care and education that children and families both need and deserve.’

Responding to the report, Cllr Anntoinette Bramble, chair of the Local Government Association’s children and young people board, said:

‘Early years is an essential element of levelling up. To help the national recovery, it is vital that all parents have access to the good quality childcare they need to enable them to return to work, while ensuring that children have the support they need to develop school readiness.

‘We have long highlighted that the early entitlements are underfunded. This underfunding, alongside a fall in income from parents during lockdowns, was a key factor in the challenges face by early years providers throughout the pandemic as they worked hard to support children and families.

‘The forthcoming Spending Review should properly resource all early years settings so that councils and providers can support the Government’s ambition to reduce the attainment gap and ensure that every child has the best start in life.’