Adult social care needs evidence that reforms are on the way

Such has been the trauma of the Covid-19 pandemic that it’s easy to forget what came before. That may suit our political leaders, happy to cultivate a narrative of being knocked off a steady and successful course, but the reality is very different. And nowhere more so than in social care.

We have just marked the profoundly depressing 10th anniversary of the Winterbourne View scandal. In 2011 BBC’s Panorama screened shocking footage of people with autism and learning disabilities being abused at a private hospital near Bristol.

It emerged that 3,400 people were living indefinitely in such units, supposedly short-term private and NHS facilities designed to stabilise behaviour deemed challenging, even though all long-stay hospitals were said to have been closed.

The Transforming Care programme, launched in response the following year, was intended to deliver better alternatives in the community. But progress has been halting: while thousands have been moved on from the units, others have been referred in by doctors who often seem stuck in their clinical ways and funded by unquestioning NHS and local authority commissioners.

As a result, an NHS England target to halve the numbers in inpatient settings by 2019 was badly missed and according to the latest numbers, for March this year, there are still at least 2,050 people in the units and the average length of stay is 5.6 years.

When he launched Transforming Care, the then care minister Norman Lamb said: ‘It is a national imperative that there is a fundamental culture change so that those with learning disabilities or autism have exactly the same rights as anyone else to the best possible care and support.’ Today, Lamb admits he failed.

Until 2020 came along and swept all before its deadly global virus, 2011 was the real annus horribilis of recent times for social care. Just weeks after the Winterbourne View scandal broke came the collapse of Southern Cross, then the biggest care home chain.

To the enormous credit of the care sector and local government, almost all the chain’s 750 homes were transferred to new owners and not a single resident was rendered homeless, an outstanding achievement that does not get the credit it deserves. 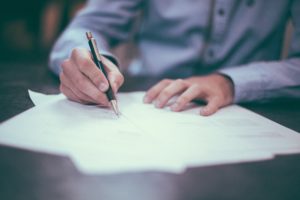 However, the shadow of Southern Cross hangs long and low over the sector. While the chain’s sale-and-leaseback model for its homes made it uniquely vulnerable to falling occupancy rates and the squeeze on state-funded fees that austerity policies triggered after 2010, the debt burden carried by other leading providers today sparks continuing concern that history may repeat itself.

The net effect of scores of small providers going under if occupancy rates fail to recover quickly from the pandemic low, something analysts see as a more likely danger, could be equally damaging.

What the sector needs, of course, is some concrete evidence that the long-promised reforms of adult social care are really on their way. Back in 2012, I was reflecting on the care market in the Guardian that although the then coalition government had apparently endorsed the idea of a cap on individual liability for care costs, ‘there seems to be deadlock with the Treasury on how such a cap should be funded’. Plus ça change.

Was 2011 any better for children’s social care? Scarcely. In May of that benighted year, the final report of the Munro review of child protection was released, promising a more child-centred and less bureaucratic system that would avert some of the practice errors highlighted in the high-profile case of Peter Connelly, ‘Baby P’, four years previously.

It speaks much about the limited legacy of that review that Josh MacAlister, leading a current review for ministers of children’s social care, has said his emerging big theme is that the child protection system today is ‘increasingly adversarial’ and ‘not safe’.

Just before the pandemic, my former Guardian colleagues Polly Toynbee and David Walker published a fine book called The Lost Decade, studying the ‘dark and fractious’ years from 2010 to 2020 that were marked, they said, by political malaise and a decaying public realm.

Writing pre-Covid, they expressed the hope that the present decade would prove a watershed change as electoral and practical pressures forced spending on, and repair of, popular services.

That hope now looks thin. Depending on the balance of power in the Cabinet, the Covid legacy is just as likely to be more years of grinding austerity as truly building back better. Brace yourselves, but the rearview mirror in 2031 may present a picture not too dissimilar to the perspective we have now on 2011.