Chair of the Independent Care Group (ICG) Mike Padgham says it ‘beggars belief’ how little knowledge of and power over the care sector health and social care secretary Matt Hancock had during the Covid-19 pandemic.

The ICG said that the government’s response to protecting older and vulnerable people at the outbreak of the virus was poor.

But it has also called on the Government to learn lessons, move on and get on with urgent reform to prevent provider failure across the sector.

ICG chair Mike Padgham said: ‘It beggars belief to hear that the secretary of state for health AND social care, could not get hold of a list of care homes at the start of the pandemic and for him to admit that his department’s power over the sector was limited.

‘I think it exposes a lack of commitment to the sector and the glaring problem that we have because NHS healthcare is run nationally and social care is run locally. We need to merge the services as part of root and branch reform of the sector so that delivery is seamless.

‘Mr Hancock today admitted the Government was “trying” to throw a protective ring around our care homes. If that is the case, then it failed.

‘I wrote to Mr Hancock early in the pandemic, warning of the dangers to people receiving social care, but never got a response.

‘Wouldn’t it be refreshing and bold if just once a politician said: ‘I’m sorry, we didn’t get everything right’.

‘I wasn’t there so I can’t know what the true picture is. I do know from being a care provider on the front line, that the initial Government advice was slow in coming and was, at first, ‘carry on as normal’.

‘People were discharged into care and nursing homes without tests. It was very difficult to get hold of PPE, even if Mr Hancock is right in saying there was no national shortage.

‘Care providers could only get hold of PPE that was of a lesser quality than that being used by hospital services, for example. We were buying it ourselves at first and the price rocketed

‘The Initial focus on the NHS meant that social care was unsupported.

‘We will never know what proportion of Covid-19 cases in care homes were from discharged patients because, again, the government doesn’t have the data and that is frightening.’ 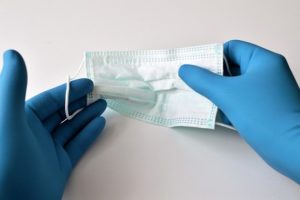 He said the priority now was to set a date for reform.

‘We have to say: lessons have been learned now move on and set a date for reforming social care.

‘Reform is long overdue and if Mr Hancock cannot set a proper date and meet that deadline then at that point he should step aside.

‘The situation is becoming critical. Many providers, including those who took in discharged Covid-19 patients from hospitals, are now facing dire financial difficulties because their occupancy rates have not recovered and they have been battered by other soaring costs associated with Covid-19, including higher staffing costs, extra PPE costs and high insurance premiums.

‘Providers who look after people in their own home through homecare – which is clearly a central plank to the Government’s future policy for care – are also suffering significantly and there have been provider failures already.

‘We must act fast or we will not have a social care sector left to reform.’

Some £8bn has been cut from social care spending since 2010 and 1.5m people are now living without the care they need. There are at least 120,000 vacancies in the care sector.