A man whose brother has been supported by learning disabilities charity Hft for more than five decades is uniting musical acts to raise money for the Sheffield service that supports his relative, and three other good causes.

The Hearts in Harmony virtual charity concert will take place on July 6, and features performances from five different musical acts from across Derbyshire and Yorkshire, with the aim of reaching a global audience. It will be available to stream until July 25.

Inspiration for the event came from Nigel Corbett, whose brother Kit has been supported by Hft for 53 years, and has lived the majority of his life in Sheffield at one of the charity’s local services.

Kit was one of the first people to move to the service when it opened in the seventies and has spent the last five decades playing a key role in his local community, and developed close relationships with other people supported by the charity in the area.

Hft was also close to the heart of Nigel and Kit’s late father, Alan, who was Chair of Trustees at Hft from 1994 to 1997.

Nigel, who plays the fiddle in the band, Rare Occasion, is coordinating the idea of putting on a concert to raise funds for Hft and other charities with his bandmates, with the aim of raising £20,000.

The three-hour event spans a range of musical genres influenced by folk and jazz and will see the five acts each performing sets specially recorded for the event, which will be compered by guitarist Gordon Giltrap MBE. 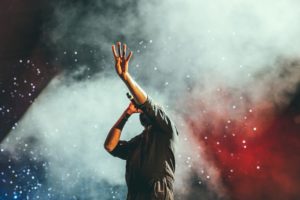 All funds raised will be split between Hft and three other charities which have directly supported the lives of the performers’ loved ones – Blood Cancer UK, Meningitis Now and ThisIsLuke.

Money donated to Hft will go directly to Hft Sheffield and Derbyshire, where Kit is supported, with plans in place to spend the money on developing outdoor activities for people to enjoy together once restrictions have lifted.

Nigel Corbett said: ‘To say the support that our family has received over the many years is lifechanging only touches the surface.

‘Not long after Kit moved to his first Hft service, it was clear that his time with the charity had already given him new confidence and abilities to work as part of the community he had found.

‘He has thrived on the experience of finding new skills and we have been, and continue to be, most grateful for the support from Hft over the past 53 years.

We’re so looking forward to Hearts in Harmony and hope to raise funds that will support Hft and our other three charities to continue their important work.’

Patricia Worsnop, divisional fundraising officer at Hft, said: ‘We’re honoured to be one of the chosen charities for this brilliant event, run by a very kind-hearted group of musicians.

‘The Corbett family have been closely connected to Hft for many years, and we’re so grateful for their continued support, which in turn will help us to continue supporting more people with learning disabilities to live the best life possible.

‘The past twelve months have been a challenging time for everyone, and we’re so looking forward to enjoying an uplifting and entertaining few hours, with four great causes at its heart.’

Tickets for Hearts in Harmony cost £15 for up to two people, and £20 for more and can be purchased here. The event will be available to stream from July 6 – 25.