Superblocks could save hundreds of lives a year, study finds

‘Superblocks’ in the city of Barcelona could prevent hundreds of premature deaths due to air pollution each year, a new study has found.

The Barcelona Institute for Global Health (ISGlobal) said that creating the 503 superblocks originally proposed by the city would reduce air pollution by around a quarter, saving a total of 667 lives each year by also reducing traffic noise levels and increasing public transport use.

Superblocks, an urban planning model which restricts road traffic on sets of streets and transforms them to mixed-use public spaces, are currently in place in six Barcelona districts after the idea was drawn up by the agency BCNecologia.

The authors of the study, published in the journal Environment International, said the findings show that urban planning and traffic interventions like the superblocks have ‘significant implications for public health’.

‘We urgently need a paradigm shift away from the car-centred urban planning model and towards a people-centred approach.’ 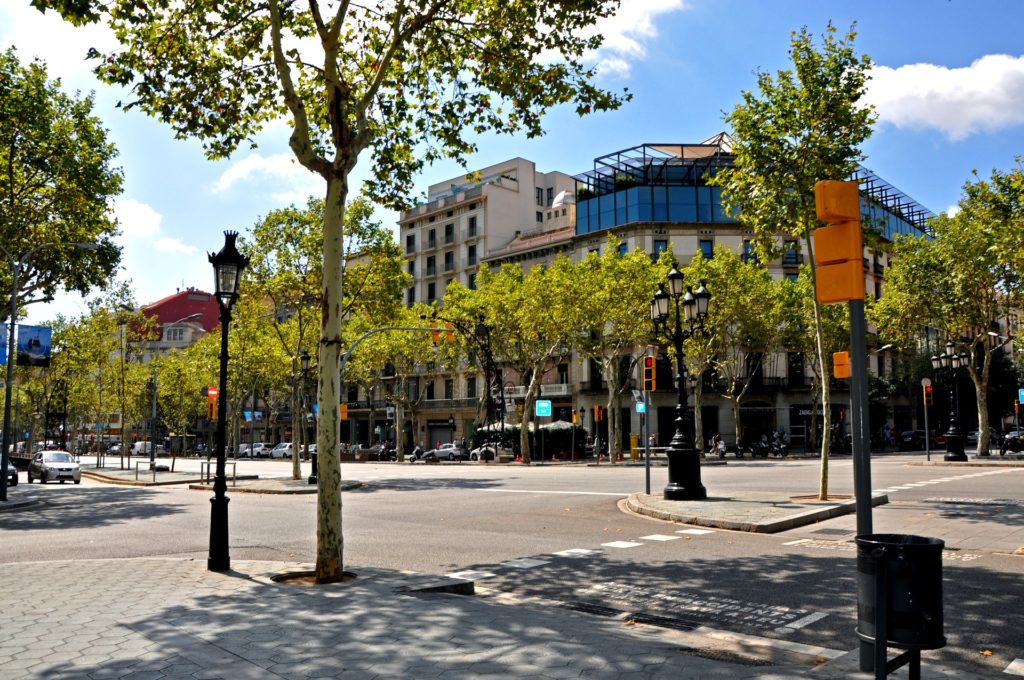 A street junction in Barcelona, Spain.

The researchers said that introducing superblocks to the extent originally proposed would reduce the average annual levels of ambient NO2 pollution in Barcelona by 24% from 47ug/m3 to 36ug/m3.

This would bring Barcelona’s air pollution levels in line with the WHO’s recommended average annual limit of 40ug/m3.

The project would also decrease traffic noise levels by 5.4% and see around 20% of the vehicle trips in the city each day made by public transport, walking or cycling instead.

Overall, researchers estimated that the project could increase the life expectancy of the average Barcelona resident by 200 days and save the city €1.7bn a year.

The scheme would also increase Barcelona’s number of green spaces, as the report estimated that the increase in vegetation in the Eixample district alone would prevent 60 premature deaths a year.

‘Our estimates provide an example of what could be achieved by implementing a new urban model that prioritises health and significantly reduces the harmful exposures we are subject to in the current model,’ said Mark Nieuwenhuijsen, study coordinator and director of the Urban Planning, Environment and Health Initiative at ISGlobal.

However, Nieuwenhuijsen added that superblocks should be created ‘all over the city’ for Barcelona to see the full health benefits.

Other cities, like Seattle in the United States, are now looking at introducing schemes akin to Barcelona’s superblocks model.